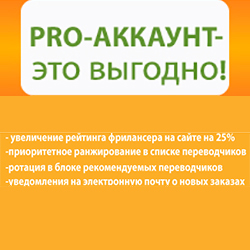 александр шишкин  None232  | на сайте 3 года, 5 месяцев
Tatiana Gavrilenko — Ukrainian and Latvian artist working in the genre of sand animation and classical oil paintings. Participant from Ukraine in the international exhibition From Waste to Art 2015, in Baku, Azerbaijan. In 2015 married Nikita Gavrilenko Mikhailovich, who is her producer. Raising a daughter. At the end of 2015, moved to Latvia, where he continues his creative activity. He graduated from secondary school №25. After graduation in 2004, he entered the theatre faculty, the specialty Director and stage mass events in Kyiv national University of arts, he graduated in 2010 with specialization "[[Director of public events]]". From 2nd year of training as an actor and Director participated in the projects "Step to the stars", "Favorites of Success" and "Golden gramophone". As an artist and choreographer he participated in the projects of Andrey Danilko (Verka Serduchka), Kamaliya, Mikhail Poplavsky. Performed on the stage of the "Palace Ukraine", Maidan Nezalezhnosti, and also participated in a concert tour of Michael Poplavsky. == Creation == === The Director's work === Together with the youth theatre "Black and white" put the youth's performance of "dudes" on the stage of City Palace of Culture, Kremenchug. === Sand animation === Sand animation started as a hobby in 2014, inspired by the work of sand artist Artur Kirillov. During the year, with all the time to the development of artistic abilities and skills in sand animation, it was the main activity. === Sand school "sand day" === In 2015, founded in Kremenchug school sand painting "sand day", the school trained children from 3 years, schoolchildren, adults and mothers with children. The school is designed to develop cognitive processes to the development of creativity and harmonization of psycho-emotional state. One of the areas of the schools were working with children affected in the East of Ukraine. === Sandy concert of "TITANIC" === In 2015 in conjunction with the production company of husband, directed and participated as an actress and artist in sand concert of "TITANIC" in the great hall of the City Palace of Culture, Kremenchug. The concert was accompanied by classical music performed by violin ensemble. There were works of famous composers Rachmaninoff, Khachaturian and Skoryk. The tragic love story known throughout the world thanks to the Oscar-winning film "Titanic", the artist drew in the style of sand animation. In 2017, the upgraded version of sand of the concert, "TITANIC" took place in Riga, in the oldest cinema of the city - Splendid Palace, together with a string Quartet "Sinfonietta Riga". === Sandy concert "prisoner of the Caucasus" === In 2015 took place on the sand concert , Tatiana Gavrilenko took part in it as an actress and a sand artist, and also wrote and produced for him the script. === Participation in the international exhibition From Waste to Art === In 2015 have applied for the participation in the international exhibition From Waste to Art , which was held in 4 times in Azerbaijan, Baku. The opening ceremony was held on July 14, 2015. The exhibition was attended by 23 artists from 17 countries. The participants had from the waste to create works of art for future exhibitions of these works in the Museum project. Tatiana Gavrilenko as the master of sand animation has created the installation "Start with yourself - change the world". The stand was created from paper and plastic waste. On display are 3 items: a land with a built - in Desk for painting plus camera, which transmits the image, the contour of Azerbaijan, within which TV-plasma, and it is there we see all that a person draws on the table, a sign with the slogan – which gives us to understand the essence of the exhibition. Every passing people, will easily be able to draw some sand on the table and see how the drawing is then reproduced on the plasma. Visually and tactilely everyone senses his movement, thoughts, actions immediately affect the image of the country. These movements are light and simple, meanwhile, have their own contribution and importance. === Work with the Studio "95 QUARTER" === In 2016 in Riga took place the festival of humor from the Studio "KVARTAL 95". In the framework of this festival was a stage constructed on the main street of Jurmala, Tatiana Gavrilenko took part in the festival with numbers of sand animation. "Three-day concerts were dedicated to the three cities of Ukraine: Lviv, Kyiv, Odessa. And every day was different and unique story about a particular city. Sand animation I have tried to tell about the most important, to convey the atmosphere of these cities, to show them beautiful places, important historical compositions of cities." === Participation in show "Minute of Fame" === In 2017 participated in the casting show "Minute of Fame". Especially for the first television has created a sand animation "Leningrad 1941" === Participation in the show "dancing with the stars" === In 2017 participated in the show "dancing with the stars" on channel 1+1 (Ukraine). Tatiana Gavrilenko painted sand animation "TITANIC" for a couple Kamaliya and Dmitry Zhuk." === Oil painting === In 2016 opened a personal exhibition "Love is the only way". Love is the only way. The exhibition was held from 30 May to 11 June in the exhibition alley "GALERIJA CENTRS". At the opening ceremony was attended by the Ambassador of Ukraine in Latvia Yevgeniy Perebiynis and actress of Russian drama theatre Natalia Smirnova. "Appreciate love in all its manifestations, take care of her" is the main purpose of the exhibition, the artist wants to convey to others. Cherish the love means to have faith and to go further, to bring love, pass it on from generation to generation – our main mission on earth. вот образец присылайте текст sanyashish@icloud.com
3 года, 5 месяцев назадСтатус: Не определен